The start of a regional spending spree in sports and entertainment.

BeIn Media Group has won exclusive rights for the next three seasons of La Liga football across many major territories in Asia.

It’s the first salvo from the Qatar-backed behemoth as it looks to ramp up its Asian presence and profile, with more characteristically bold bets to follow.

The La Liga win comes two weeks before the next start of the next season.

Media rights for the Spanish football league were previously held across much of Asia-Pacific by Fox International Channels (FIC) as part of an 18-market deal with rights holder Mediapro, valued at an estimated US$8 million per season by industry analysts Media Partners Asia (MPA).

The latest La Liga rights process appears to have been protracted and messy, although BeIn has a close partnership with Mediapro.

Needless to say however, the new rights cost a significant sum.

“BeIn is putting some serious coin down, and really operating without fear to redraw the sports rights landscape,” observes a senior source at a key rights-holder.

La Liga will be the first batch of new content used by sports subsidiary, BeIn Sports, as it looks to revitalize its loss-making sports networks in Asia-Pacific under new leadership.

The group also wants to develop sports and entertainment properties with media and telecom operators, including its own networks and potential JVs, for both branded channel and digital media distribution.

Also planned are bids on incoming tenders for EPL football, as well as any available rights to golf, tennis and wrestling.

Over the medium term, some local and regional media and entertainment assets may also enter the mix through acquisitions or alliances.

Such moves will create direct competition for FIC, Discovery, Disney and Time Warner, reflecting the scope of BeIn’s lofty ambitions.

Success will depend on how well BeIn can work with powerful media and telecom groups in local markets, notably including Astro in Malaysia, MNC Group in Indonesia, StarHub and Singtel in Singapore, True Corp and CTH in Thailand, and PCCW in Hong Kong.

The move comes at a time when consumer spend is under pressure in most Southeast Asian markets, and content costs have peaked on sports rights.

A number of these operators are fed up with rights changing hands across various third-party broadcasters, as well as inflationary bills for marquee rights that they seek to own – EPL football in particular.

Also important for BeIn Sports will be scale and growth in Australia, where BeIn has acquired Setanta’s business but remains a marginal player, excluded from key domestic alliances that are shaping the development of the local media and telecoms industries.

It’s expected that BeIn will consequently make important strategic moves there, too.

Overall, the next 6-12 months are likely to see frenzied bidding, gambles and shifting alliances across Southeast Asia, Australia and possibly China and Japan too.

India looks like the only market that will be safe from BeIn’s blitzkrieg campaign.

PLENTY TO BE DONE

BeIn Sports has a mixed track record in Asia-Pacific, contrasting with some of the momentum and success it’s enjoyed in Europe and the Middle East in particular.

Its current stable of three sports channels are unevenly packaged and curated with patchy rights flow. They are carried on relatively small platforms in Hong Kong and Indonesia, although TrueVisions and SkyCable distribute the channels in Thailand and the Philippines respectively.

Sports agency MP & Silva traditionally handled acquisitions, channel packaging and distribution for BeIn in Asia, although this agreement appears to have ended.

BeIn is appointing a new Asia-Pacific team, with a CEO expected to be announced next week.

There has been speculation that BeIn may partner Eleven Sports Network, a new sports broadcasting group, or sublicense rights to pan-regional incumbent Fox Sports, but neither is likely to occur.

Eleven Sports, run as a separate entity by MP & Silva founding partner Andrea Radrizzani, has struck a deal with Singtel for two sports channels in Singapore (including some coverage from football franchises such as Serie A, FA Cup and Capital One Cup).

Instead, BeIn appears to be focused on strengthening its own portfolio of channels as a new Asian management team comes on board, headquartered in Singapore.

The new team will oversee revenue and distribution, although overall strategy and decisions on rights acquisitions will be set by BeIn Media Group chairman & CEO Nasser Al-Khelaifi, and deputy CEO Yousef Al-Obaidly.

Key markets in which BeIn has secured La Liga include Thailand, Malaysia, Indonesia, Singapore and the Philippines.

In Malaysia, the Philippines and Singapore, BeIn has trumped Fox.

In Indonesia, MNC-owned RCTI last had the rights, sublicensed from FIC, while Thai TV group RS owned them for Thailand.

BeIn’s next focus will be EPL, not just in Indonesia (where it has Champions League) and Hong Kong (where it has Euro 2016) but across Southeast Asia and Australia.

The company is also looking at online video distribution for sports, in partnership with telecom operators.

The group may also look to adopt its new Middle East strategy of securing Hollywood output deals, although it will face resistance and similar pricing power issues in Asia, as it has with sports.

The company for instance made a winning US$30 million bid for Champions League football in Indonesia but has only recovered an estimated US$3-5 million from the market, funded largely by free TV distribution deals. 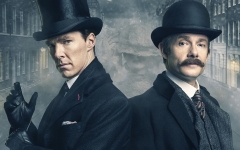