A commitment to robust future growth from Sony’s entertainment arm.

Sony’s entertainment business gets an investor outing every now and then.

In December 2012, it got a big, positive reception from investors.

This time around, after an investor briefing on November 18, long buyers liked what they saw but remain speculative on the movie and music segments in particular. They were mostly positive about Sony's TV production and media networks business, especially assets with exposure to emerging markets in Asia as well as scalable assets in mature, accretive markets such as the UK.

Kazuo Hirai stressed that the Entertainment division is “core" to Sony with the Sony Pictures unit existing since 1989 and Sony Music around since 1968, both generating profits consistently over the past 18 years.

Significantly, the company revised down its FY2014 outlook for the entertainment business though this news came with the caveat of higher cost savings, up US$50 million to US$300 million.

Sony Pictures, which includes movies, program sales and branded TV channels (largely pay-TV), will grow top line from US$8.1 billion in FY2014 to US$10-11 billion in FY2017, while operating margins should grow from 6.6% to 7-8% over the same period.

The guidance is conservative, and it may well be that program sales and TV channels contribute to outperformance.

Highlights of the presentation included: 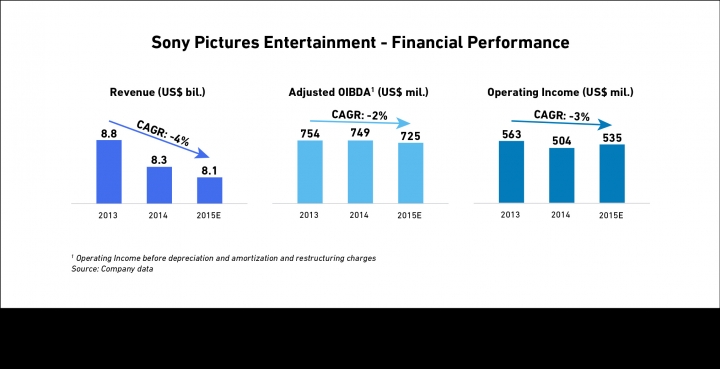 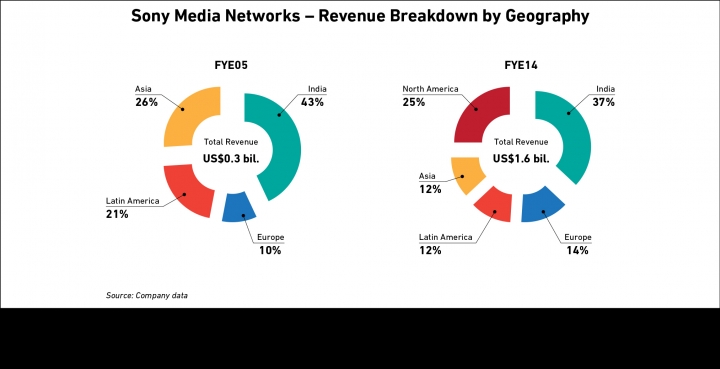