The restructure of Turner Broadcasting Asia in 2013 came with the promise that the company would be more engaged across Southeast Asia through deals and alliances.

A JV with Thailand’s Kantana in 2H 2013 set the ball rolling. That was followed in February when Turner-owned pay-TV news network CNN unveiled a tie-up with Indonesian media and entertainment company, Trans Media.

Under the terms of the agreement, Trans will leverage CNN’s recognizable brand, together with some of its technical/content expertise, to program a new channel and website called CNN Indonesia. The bulk of content will be produced by Trans.

The channel, due to launch in September this year, will be exclusive to TelkomVision, while some content will be shared with Trans’ free TV stations.

In return, CNN and Turner pick up a decent licensing fee with minimal risk and limited cost.

It’s a similar deal to Turner’s CNN-IBN franchise in India, although the economics on CNN Indonesia are probably more attractive.

Longer-term, there’s likely to be more scope for Turner to leverage its kids content in a similar way, across free TV, pay-TV and online in partnership with one of Indonesia’s major media groups.

There could also be more scope for CNN in markets such as Thailand, where the proliferation of video pipes (free TV, free satellite, digital terrestrial, pay-TV), together with the strengthening of Turner’s local relationships, make CNN Thailand a possibility.

Trans is also likely to pursue other alliances, as it beefs up production for new, exclusive pay-TV channels for TelkomVision, seeking to capitalize on rising pay-TV consumption outside Jakarta.

The operator had an ~8.5% share of Indonesia’s 3.16 million subscriber pay-TV market in 2013, according to industry analysts Media Partners Asia.

TelkomVision currently offers 85 channels, but as the company ramps up its satellite capacity, with a new deal likely in 2H 2014, channel count should rise to 200 by the end of next year. 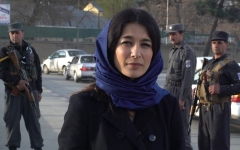