Cricket’s future could be optimized further with significant changes to how the sport is run as digital innovation accelerates, MPA analysts suggest in new report, The Future Of Cricket

(MUMBAI/SINGAPORE/HONG KONG, APRIL 23, 2019) Global media rights for cricket topped US$1 billion for the first time in 2018 and will likely top US$2 billion in 2021, according to a new report published today by Media Partners Asia (MPA). The report, called The Future of Cricket, suggests that cricket’s future prospects can be optimized even further if cricket boards and authorities implement structural changes while reallocating resources to meet global potential and growing consumer demand.

The game’s growing value is largely due to cricket’s youngest and shortest format, Twenty20s (T20s). ODIs and test cricket formats, played by 12 national teams, need to be revitalized as they lack relevance and lag in monetization. The popularity of test cricket in particular is declining, with both stadium attendance and TV viewership eroding steadily over the last five years. Nonetheless, a critical mass of traditional fans still follow test cricket. 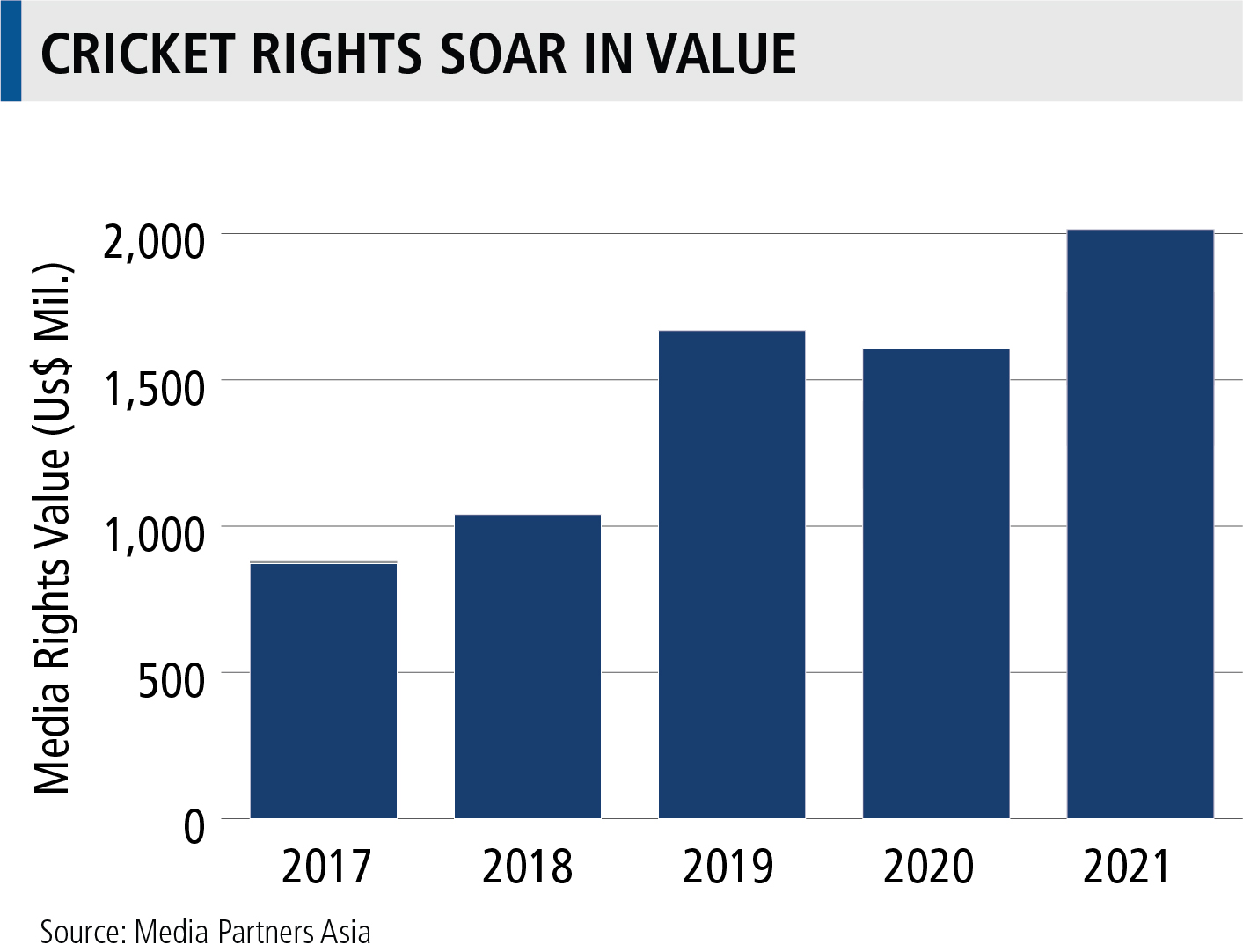 About The Future of Cricket Report

The Future of Cricket report, published by Media Partners Asia (MPA), analyzes the key levers of growth in the cricket ecosystem. The report provides an overview of the evolving media rights landscape, demographic trends for adoption of different cricket formats, the health of domestic properties and the influence of top cricket playing nations in the world. The report also provides an in-depth analysis into the factors determining cricket’s future media rights valuation, including new avenues of digital content monetization, expansion to newer markets, recalibration in board funding, uptake for local clubs, and the role of women and youth-based cricket leagues.