HKBN Lines Up PCCW In Its Sights

An anchor deal with LeTV heralds a fixed broadband showdown.

Hong Kong’s traditional pay-TV businesses will be eclipsed by online disruptors by 2020, at least according to the city’s second biggest fixed line broadband provider HKBN.

“We think 2016 is the year that OTT makes its presence felt in Hong Kong, and in five years, by 2020, OTT revenues will exceed pay-TV revenues,” contends HKBN’s CFO NiQ Lai.

“It will collapse the legacy pay-TV industry, as we know it today,” Lai continues, speaking in an interview with Media Business Asia. “This is a massive change.”

HKBN, which has 754,000 broadband customers for its fiber network in Hong Kong, is positioning itself as an agent of that change, penning a wide-ranging distribution and marketing deal for sports and entertainment content from LeTV last month.

LeTV is an anchor partner for HKBN, which has trained its sights on PCCW, the owner of Hong Kong’s biggest telco, HKT, as well as the city’s pay-TV leader, Now TV, and new regional OTT platform, Viu.

Lai wants HKBN to overtake PCCW to become Hong Kong’s biggest broadband provider by 2019, and is looking for more content providers to come on board to help HKBN get there.

“Our underlying philosophy is that we will not make money from OTT,” Lai says.

“We make our money from the big fat dumb pipe," he adds.

"Our relationship is fairly simple. Whatever price we get or whatever preference we get, we just pass the benefit to consumers.”

In September, its sports division splashed out upwards of US$400 million for the next three seasons of EPL football as a core subscription driver for a new video service in Hong Kong, supported by other rights deals around sports and Chinese entertainment.

The battlelines are drawn for the next bout of broadband and TV competition in Hong Kong.

Adding in widespread mobile broadband, estimated at around 1.8 connections per capita, Hong Kong provides fertile territory for the development of online video.

OTT has been a particular focus for domestic broadcast major TVB as well as PCCW over the past year or so, with new services from Chinese online video majors, plus Netflix, poised to enter the market next year.

HKBN, meanwhile, has been winding down its own IPTV business to reinvent itself as a commodity service, raising around US$750 million after listing on the Hong Kong Stock Exchange in March.

The money will be used to further the company’s expansion plans, aiming to boost its subscriber base as well as its network over the rest of the decade. 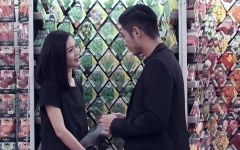